China is increasingly becoming the focus of German business and science. The orientation towards the emerging economic and scientific power is an advantage in many respects. No other country currently invests more money in research and development than China. Together with the AG Photobiotechnologie, SolarBioproducts Ruhr is also orienting itself towards China. Together with their Chinese partners from the Single Cell Center of the Qingdao Institute for BioEnergy and Bioprocess Technology of the Chinese Academy of Sciences (CAS-QIBEBT), the team has developed the project to establish a “German-Chinese Laboratory for Bioenergy from Algae”. 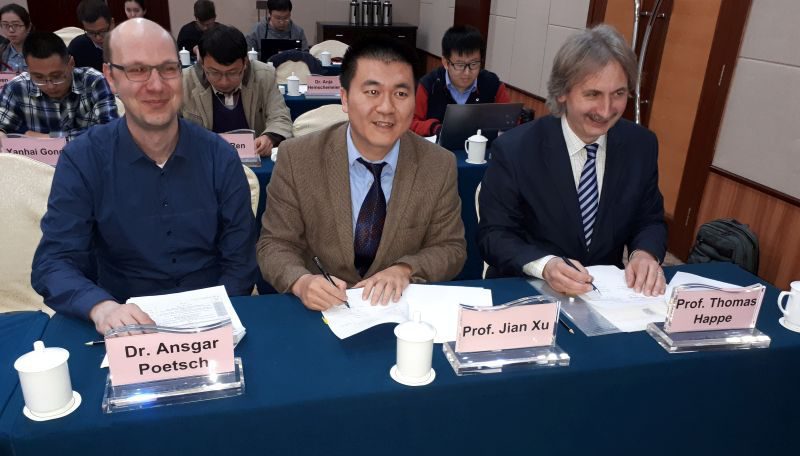 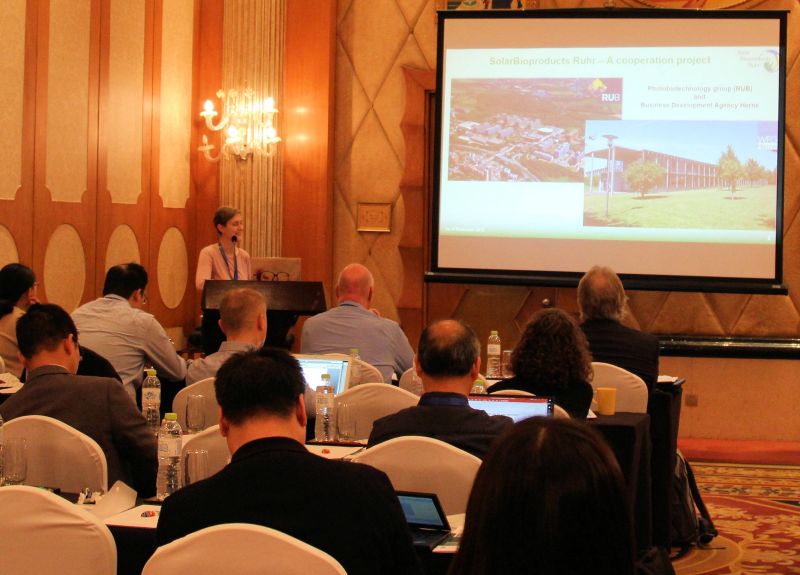 The joint project application “Sino-German lab for algae bioenergy” (Sigal4NRG) was positively evaluated and the project has been implemented since August 2017 with the help of funding from the German Federal Ministry of Education and Research (BMBF). The scientific goal of the laboratory is to develop optimized algae strains for the biological production of energy with algae. The signing of a cooperation agreement laid the foundation for the official opening of the laboratory during the first joint scientific meeting in Qingdao in April 2018.

During the first phase of the project, the “Sino-German lab for algae bioenergy” will be initiated and developed into a future international center of excellence for the production of optimized algae strains.
Sigal4NRG

The tasks of SolarBioproducts Ruhr

In addition to the application, Sbp supports this project with the coordination. Two successful scientific symposia in China have already taken place with the support of Sbp. As the contact for booking the rooms, inviting the scientific guests, handling the accounts, preparing the program, etc., Sbp coordinates the events on site as well as in advance from Herne.

In addition to the city of Qingdao with the “German-Chinese Laboratory for Bioenergy from Algae”, Sbp is also active in the cities of Chengdu and Luzhou in the Chinese province of Sichuan. During a delegation trip led by Dr. Frank Dudda, Lord Mayor of Herne, in March 2018, Dr. Christina Marx made the Herne project known beyond its borders. The delegation, which included representatives of the council’s parliamentary groups, entrepreneurs, scientists and physicians, had the opportunity to present their project and cooperation approaches to the Minister of Economics of the provincial capital Chengdu and representatives of the city of Luzhou during an exchange symposium.